Not a member yet? Register for free!
Home › Intel Depot › Welcome Back Again! 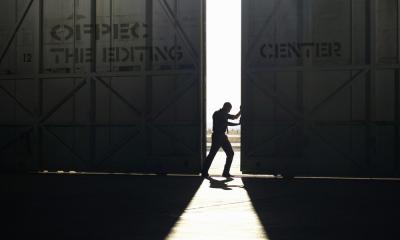 Welcome back to all of our friends in the community. It's been a rather long and arduous journey since the Leaseweb incident and for a few months, we truly believed OFPEC as we all knew it, was nearing it's end.

As many are familiar with the site, it's existed in one form or another since shortly after the debut of Operation Flashpoint demo in 2001.

Started by members of the community, it was created for the community to bring everyone under a single roof to establish a library of knowledge that everyone could benefit from. No one can deny that it accomplished this goal with great success. Unfortunately, the site has also suffered terrible mishaps and data loss through the years as well. We've lost valuable resources in those various events and have eventually bounced back, though never as strong as before. We are happy to declare that our forums, the most beneficial resource and undoubtedly the most used, remains strong and ready for exploration.

Last years Leaseweb incident was unforgivable and wiped, in addition of hundreds of editing resources, the records of community public keys all the way back to 2011. TAGs suffered a hit too but a much smaller one; only TAGs registered between August 2013 to October 2013 are gone. It's devastating but not irreparable and we will perservere.

The years also took it's toll on our staff as all but a handful had stepped away from the community, including the backbone of the site, our site coders. This change, propelled OFPEC into a spiral toward imminent demise and even after a call to the community for help, it became clear that we were not going to recover.

Alas, on one gloomy day, recognizing the depth of value that was archived in the sites database, a lone figure stepped forward to answer our calls for help. He rescued OFPEC from it's closing and provided a permanent home alongside his own precious child, Armaholic. Foxhound saved the day for OFPEC and deserves the community's gratitude for preserving over a decade worth of knowledge that is still relevant in todays titles. Thank you Foxhound!

One of OFPEC's own stepped out of the shadows and reluctantly took hold of the coding task of transferring OFPEC to the new server space (armed with no knowledge whatsoever on things like PHP and MySQL) and with some assistance from Foxhound and hoz, was able to secure OFPEC from future crashes. Thank you h-!

So, what now? Come on in and bring your friends. OFPEC can be as useful as we all make it. The knowledge is already here, we just need people to show up daily and form new discussions. We will still be offering the friendliest, most helpful mission beta testing in the community, all we need are mission editors who are willing to invest time and efforts into making their own work, better.

Please keep in mind that there are some downloadable resources that have never been recovered as well as sections that are not updated yet. We will eventually get to them and either repair or remove as needed. If you see problems with the site, please report them so we can have a look.
As touched upon earlier, the public keys uploaded between 2011 (date unknown) and October 2013 are gone, so if you know you have uploaded a key here, please check the key list and re-upload yours if it's missing.
Same goes for the TAGs, check if your TAG is still there and if not, re-submit.

You will also notice the addition of Google Ads to our pages.
OFPEC has always kept itself ad-free but that is no longer possible so ads had to be added. We tried our best to design the ads so that they would be as un-intrusive as they can. So please, disable your ad-blockers for this site.

This story has been viewed 5017 times