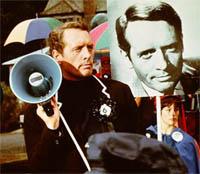 The Missions Depot is changing its face in the OFPEC forums. Boards are being shuffled, content is redistributed and our staff structure is being altered. All with one purpose, to help all the mission editors, players and of course beta testers out there. So, what are the mission boards like after the shuffling?

We have six missions boards:

Should you have a mission under development that is not already being played and commented upon in the OFPEC Beta Boards, we suggest that you add it right now!

Interested in joining the Missions Depot Staff to write reviews, learn and laugh with your fellow staffers? Contact the MD Admin (Cheetah) or better, go to one of the beta boards, play a few missions and write test reports to help the authors improve. Because, we are watching those wandering around in the Beta Boards. Therefore, if you are interested in SP or MP missions, get cranking on those beta reports!

This story has been viewed 957 times

There are currently no comments for this resource.